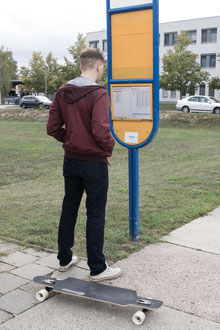 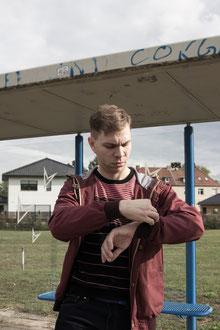 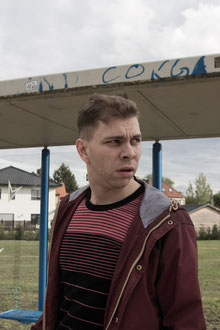 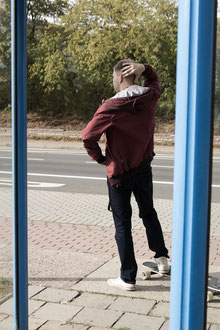 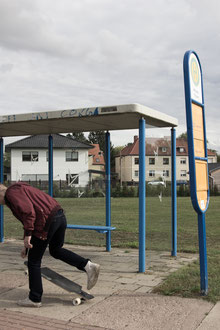 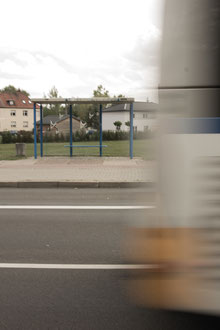 Meeting at the bus

With the actors of the Theater der Altmark, I studied how people move in urban space for Stadtgänger. After a reflection, we came to the conclusion that the Stadtgänger:in represents an allegory for one's own walk through life. The actors improvised spontaneous narratives, sequences of life. We were inspired by observations from the urban space and improvised them into narrative spontaneous sequences. Inspired by Duane Michal's Chance Encounter, we divided an action into six images.

The project was exhibited et the Kunstkabinett of the Hanseatic City Stendal.

The project will be continued at other locations. (ongoing)